Tanks (Inside Out) (Hardcover) 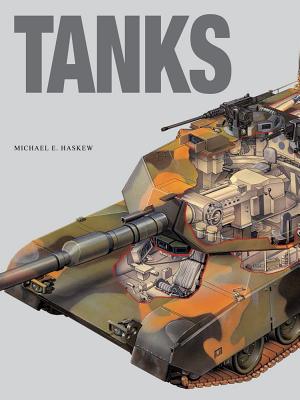 Tanks (Inside Out) (Hardcover)


Special Order—Subject to Availability
This illustrated reference contains everything you want to know about all the important tanks from 1916 to the present. Featuring detailed illustrations and color photographs, Tanks is a comprehensive, chronological study of the key tanks and armored fighting vehicles built since they were first used in World War I. Every entry gets three-four pages and includes a design and development history, full specs, and cutaway artwork labeled with items of interest; accompanying photos show both the tank's interior and exterior. All the major tank types are highlighted--among them the Tiger, Panther, T-72, and M1 Abrams--making this a must-have volume for modelers, military historians, and tank enthusiasts.
Michael E. Haskew is the editor of WWII History Magazine and The World War II Desk Reference with the Eisenhower Center for American Studies. He is the author of The Sniper at War, The Encyclopedia of Elite Forces in World War II, Order of Battle: Western Allied Forces of WWII, and The Italian Campaign in World War II.