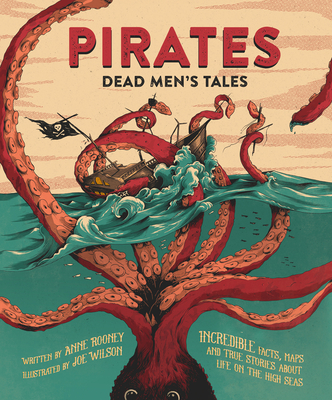 
Special Order—Subject to Availability
Come face to face with some of the most villainous and scurrilous rogues ever to sail the seven seas Travel from North Africa to the China Seas to meet such notorious figures as Blackbeard, the Barbarossa brothers, and women pirates Mary Read, Anne Bonny, and Zheng Shi. With plenty of maps, themed spreads, and true tales of a pirate's daily life, this book takes you on an epic adventure.
Anne Rooney has written more than 100 nonfiction books. She taught at the Universities of Cambridge and York, and has been a Royal Literary Fund Fellow and Lector. Joe Wilson specializes in highly detailed, hand-drawn illustrations and print. Recent clients include Adidas, British Airways, Faber & Faber, The New York Observer, Hilfiger Denim, and GQ Magazine.