Unquiet Vietnam: A Journey to a Vanishing World (Paperback) 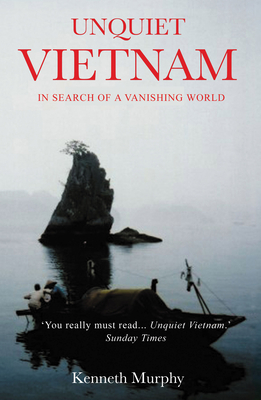 Unquiet Vietnam: A Journey to a Vanishing World (Paperback)


On Our Shelves Now at:
Unquiet Vietnam retraces the ancient Vietnamese civilisation that has has been crushed by an avalanche of 21st century foreign investment following the violent mixture of French Colonialism and American imperialism. Visiting people such as the last remaining member of the Vietnamese imperial family, he becomes paints Indochina's twisted history as the military playground of empires--like the Middle East today--and uncovers an ancient culture struggling to remain alive as global forces pile in.
Kenneth Murphy is a former journalist for the Economist who is editor in chief of Project Syndicate, an international association of newspapers which includes Le Monde, Corriere della Sera, and Asahi Shimbun among its members. He is also a senior fellow of a post-Communist think tank based at Columbia University, New York.