Towards Better Disagreement: Religion and Atheism in Dialogue (Paperback) 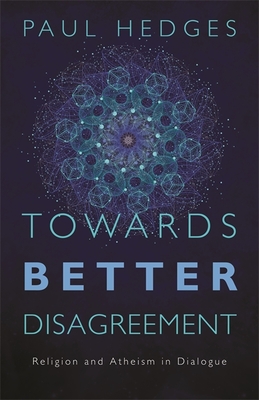 Towards Better Disagreement: Religion and Atheism in Dialogue (Paperback)

Are atheists immoral? Does religion cause conflict? Is religion always opposed to science?

Boldly paving the way for constructive dialogue between atheists and religious believers, Paul Hedges tackles issues such as the treatment of women, the idea of a pure and empirical realm of 'science', and the association of religion with violence and warfare, debunking the myths and exposing the futility of the battle between 'reason' and 'belief'. Threading deftly between atheism, the major world religions of Christianity, Islam and Buddhism, and smaller groups such as Paganism, Hedges demonstrates a vast scope for agreement and interaction between them which will call to every open minded reader.
Paul Hedges is Associate Professor of Interreligious Studies at RSIS, Nanyang Technological University, Singapore, and has previously held positions at universities in Britain, Canada, and China. He is the author and editor of several books around his research interests in the meeting and debate between worldviews. Find out more about Dr Hedges at his website www.logosdao.wordpress.com.