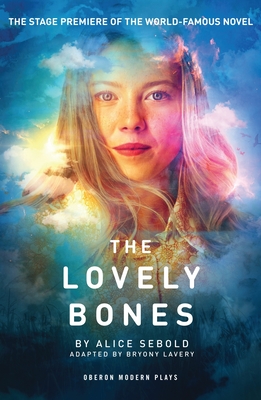 Susie Salmon is just like any other young American girl. She wants to be beautiful, adores her charm bracelet and has a crush on a boy from school. There's one big difference though - Susie is dead.

Add: Now she can only observe while her family manage their grief in their different ways. Susie is desperate to help them and there might be a way of reaching them... Alice Sebold's novel The Lovely Bones is a unique coming-of-age tale that captured the hearts of readers throughout the world. Award-winning playwright Bryony Lavery has adapted it for this unforgettable play about life after loss.
Bryony Lavery's play Frozen won the TMA best play award, the Eileen Anderson Central Television award was produced at Birmingham Rep, then the National Theatre, then on Broadway where it was nominated for four Tony awards. Stockholm, for Frantic Assembly, won the Wolff-Whiting award for Best Play of 2008. Beautiful Burnout for The National Theatre of Scotland and Frantic Assembly received a Fringe First at Edinburgh, before productions in the UK, New York, Australia and New Zealand. Dirt was nominated for the Charles McArthur award for most outstanding play or musical of 2013, Washington DC. Recent work includes: The Believers (Frantic Assembly); Queen Coal (Sheffield Crucible); Treasure Island (National Theatre); 101 Dalmatians (Chichester Festival Theatre); Brideshead Revisited (York Theatre Royal/ETT); Our Mutual Friend (Hull Truck/City of Culture 2017) and Balls (One Year Lease/Stages Theatre - Houston and NYC). She is a Fellow of The Royal Society of Literature, an honorary Doctor of Arts at De Montford University and an Associate Artist at Birmingham Repertory Theatre.