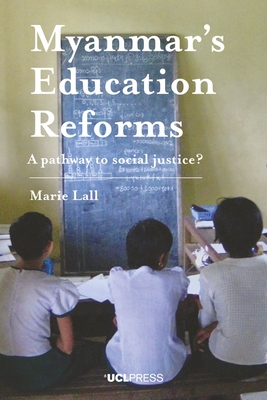 
Special Order—Subject to Availability
Myanmar’s Education Reforms reviews the changing state of education in Myanmar as the country has dealt with a profound transformation over the past decade and a half. Education has served as a litmus test for judging the level of openness of any Myanmar government, especially those in place for the past seven decades. Marie Lall situates education within the context of the wider reforms and the process of making peace that began in 2012, using it as a case study on how these reforms have progressed and continue to progress. Drawing on data collected over fifteen years in the field, Lall argues that despite controlling the majority of the civilian government, the National League for Democracy is not delivering on its promise of social justice.
Marie Lall is a professor of education and South East Asian studies at UCL Institute of Education and the author of many books, including Understanding Reform in Myanmar: People and Society in the Wake of Military Rule.