What the West Is Getting Wrong about the Middle East: Why Islam Is Not the Problem (Hardcover) 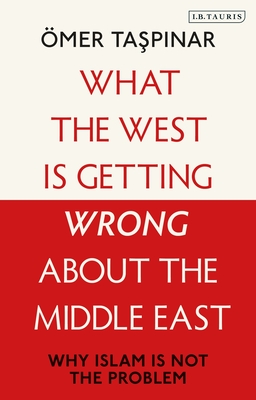 What the West Is Getting Wrong about the Middle East: Why Islam Is Not the Problem (Hardcover)

The West's actions in the Middle East are based on a fundamental misunderstanding: political Islam is repeatedly assumed to be the main cause of conflict and unrest in the region. The idea that we can decipher Jihadist radicalization or problems in the Middle East simply by reading the Qur'an has now become symptomatic of our age. This dangerous over-simplification and the West's obsession with Islam dominates media and policy analysis, ultimately skewing intervention and preventing long-term solutions and stability in the region.

mer Taspinar, who has 20 years' research and policymaking experience, explains here what is really going on in the Middle East. The book is based on three of the most pressing cases currently under the spotlight: the role of Erdogan and the unrest in Turkey; the sectarian clashes in Iraq, Syria, Yemen and Lebanon; and the existence of the so-called Islamic State. Islam is often seen as the root cause of the challenge associated with these cases. But by unpacking the real issues, such as entrenched authoritarianism, vast energy resources, excessive defense spending, and the youth bulge, the book demystifies what is happening and cites governance and nationalism as the main drivers of conflict. The book shows the importance of treating the causes - which are economic, social and institutional - rather than the symptom - the continued and growing success of Islamist parties and jihadist movements in assessing the Middle East. In revealing exactly how Islamism is activated and by analyzing the structural challenges of the region, this unique insider's account provides a map to understanding Middle Eastern wars and conflicts and the prospects for the future.