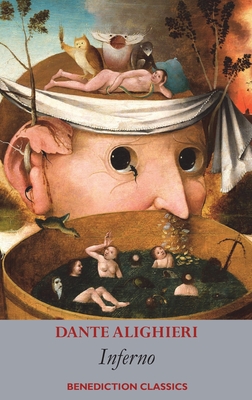 "Dante and Shakespeare divide the modern world between them. There is no third." - T. S. Eliot

"Dante's poem is, for many, the greatest single work of Western literature." - Ian Thompson.

"I love my Dante as much as the Bible. He is my spiritual food, the rest is ballast." - James Joyce.

In the middle of our life's journey, I found myself in a dark wood/Bewildered, and I knew I had lost the way: so opens Dante's Divine Comedy, "the best book literature has achieved" as Jorge Luis Borges writes.

Dante's Inferno, one of the greatest works of European literature, and "the most original and audacious treatment of the afterlife in Western literature" dazzles with its vivid and inventive storytelling and imagery. However, it contains much more than poetry and theology; it displays Dante's wide and comprehensive learning, and his deep understanding of contemporary politics and society. "All life is contained in the poem, for Dante's was an all-encompassing imagination, that interwove classical philosophy with Catholic doctrine and contemporary politics," (Ian Thompson).

The thirty-three cantos of Inferno follow Dante, as, guided by the epic poet, Virgil, he travels through the nine descending circles of a freezing Hell, until he meets Satan trapped at the bottom. The Inferno is the most gripping and engaging book of The Divine Comedy, as Dante meets those damned for forbidden love, and all manner of human vices. (The damned, amusingly, include many of Dante's enemies ) Inferno is the logical conclusion of all that is worst in human life. It is bearable only because Dante eventually emerges.

The Divine Comedy was written over a period of twenty years towards the end of Dante's life. It was appreciated as a masterpiece soon after its completion, and it has captivated both readers and the Western imagination ever since.

The Inferno is the most widely translated book after the Bible. This edition is translated by the celebrated poet, Henry Wadsworth Longfellow.

Dante Alighieri, (1265-1321) was an Italian poet, prose writer, literary critic, philosopher, and political thinker and adviser. He is regarded as the greatest Italian writer. As one of the earliest forerunners of the Renaissance, predating Chaucer, he set the stage for the explosion of creativity that was to follow. Dante is best known for The Divine Comedy, which remains the greatest work of Italian literature.