The Age of Gladiators: Savagery and Spectacle in Ancient Rome (Paperback) 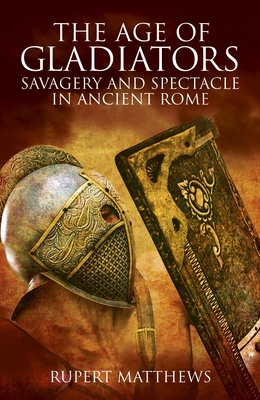 The Age of Gladiators: Savagery and Spectacle in Ancient Rome (Paperback)

This was Rome, a city of bloodshed and laughter, of food and starvation. But why was so much wealth, time and trouble lavished on free entertainments?

The Age of the Gladiators explores many savage spectacles of Ancient Rome, many of which have become proverbial for their cruelty, bloodlust and glory. From Gladiator fights in grand amphitheaters to chariot racing at the Circus Maximus, Romans had their pick of extreme spectator sports. Rupert Matthews explores the development of these customs, from religious rites into opportunities to bolster political esteem. Were Romans truly free citizens, governed by a fair democracy? And if not, what part did these free entertainments play in the political chess game? This fascinating book reveals all.
Rupert Matthews is a long-established historical writer with numerous books to his name, including Hitler: Military Commander, Usurpers and Kingmakers, a biography of the American artist Frederic Remington, and The 20th Century in Pictures, a photographic review of the century.