Do Muslims and Christians Worship the Same God? (Paperback) 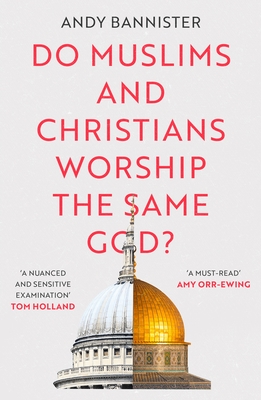 Do Muslims and Christians Worship the Same God? (Paperback)

Are Islam and Christianity essentially the same? Should we seek to overcome divisions by seeing Muslims and Christians as part of one family of Abrahamic faith?

Andy Bannister shares his journey from the multicultural streets of inner-city London to being a Christian with a PhD in Qur'anic Studies. Along the way, he came to understand that far from being the same, Islam and Christianity are profoundly different. Get to the heart of what the world's two largest religions say about life's biggest questions--and discover the uniqueness of Christianity's answer to the question of who God really is.
Andy is the Director of the Solas Centre for Public Christianity, an evangelism and training ministry based in Scotland. He is passionate about getting the gospel out of the four walls of the Church (and into places like coffee shops, universities, schools, pubs and so on). He also loves equipping Christians to share their faith at work or among their friends. He did his theological study through London School of Theology (then London Bible College), doing first a BA in Theology and then a PhD in Qur'anic Studies. He got involved in evangelism through preaching to Muslims at Speakers' Corner in London's Hyde Park, and so wanted to dig really deeply into understanding Islam so he could engage his Muslim friends well.