Exodus: A Commentary of the Old Testament, including the Life of Moses, the Ten Commandments and the Mosaic Covenant (Paperback) 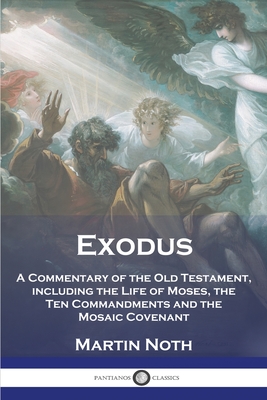 Exodus: A Commentary of the Old Testament, including the Life of Moses, the Ten Commandments and the Mosaic Covenant (Paperback)

Professor Martin Noth's translation and commentary of the Biblical Book of Exodus is a spiritual classic for its thorough explanation of the Old Testament lore.

Noth's study begins with a literary analysis of Exodus. The manner in which it is written and arranged is examined in the context of ancient Jewish society. What life was like in this far-gone era, wherein the Israelites and Egyptians were often rivals, is discussed. Furthermore, Noth examines the history of the text itself; how prior translators tackled the narrative, and the characteristics of their efforts. Thus we receive a commentary that is sensitive to both the historical significance of the Old Testament, and the treatment of this ancient text over the epochs.

The author guides us through Exodus, chapter by chapter, revealing many details that would escape notice by the everyday Bible reader. A scholar fluent in ancient languages, Noth first translated the entire text, and then embarked on his narration; this process ensures a unique and engaging take on a well-studied portion of the Bible. The story of Moses, Pharaoh, and the exodus of the Jews from Egypt is revealed to contain depth, life and importance beyond what is ordinarily comprehended.