Russia in the Early Modern World: The Continuity of Change (Hardcover) 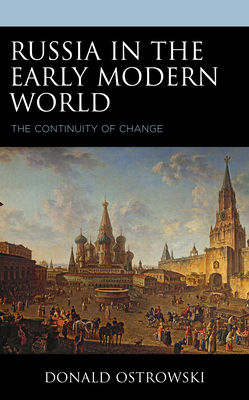 Russia in the Early Modern World: The Continuity of Change (Hardcover)


Not On Our Shelves—Ships in 1-5 Days
A fundamental problem in studying early modern Russian history is determining Russia's historical development in relationship to the rest of the world. The focus throughout this book is on the continuity of Russian policies during the early modern period (1450-1800) and that those policies coincided with those of other successful contemporary Eurasian polities. The continuities occurred in the midst of constant change, but neither one nor the other, continuities or changes alone, can account for Russia's success. Instead, Russian rulers from Ivan III to Catherine II with their hub advisors managed to sustain a balance between the two. During the early modern period, these Russian rulers invited into the country foreign experts to facilitate the transfer of technology and know-how, mostly from Europe but also from Asia. In this respect, they were willing to look abroad for solutions to domestic problems. Russia looked westward for military weaponry and techniques at the same time it was expanding eastward into the Eurasian heartland. The ruling elite and by extension the entire ruling class worked in cooperation with the ruler to implement policies. The Church played an active role in supporting the government and in seeking to eliminate opposition to the government.
Donald Ostrowski is distinguished lecturer in history at Harvard University.