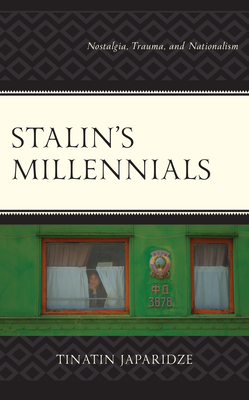 
Not On Our Shelves—Ships in 1-5 Days
This book examines Joseph Stalin's increasing popularity in the post-Soviet space, and analyzes how his image, and the nostalgia it evokes, is manipulated and exploited for political gain. The author argues that, in addition to the evil dictator and the Georgian comrade, there is a third portrayal of Stalin-the one projected by the generation that saw the tail end of the USSR, the post-Soviet millennials. This book is not a biography of one of the most controversial historical figures of the past century. Rather, through a combination of sociopolitical commentary and autobiographical elements that are uncommon in monographs of this kind, the attempt is to explore how Joseph Stalin's complex legacies and the conflicting cult of his irreconcilable tripartite of personalities still loom over the region as a whole, including Russia and, perhaps to an even deeper extent, Koba's native land-now the independent Republic of Georgia, caught between its unreconciled Soviet past and the potential future within the European Union.
Tinatin Japaridze is a journalist and scholar who has studied at the Harriman Institute of Columbia University.