The Pilsen Revolt of 1953: Kindred by Currency (Hardcover) 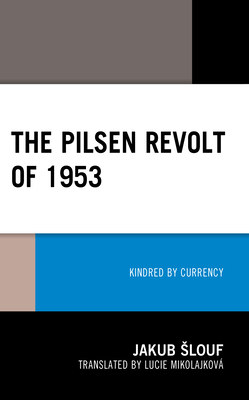 The Pilsen Revolt of 1953: Kindred by Currency (Hardcover)


Not On Our Shelves—Ships in 1-5 Days
This book analyzes the first of the vast popular uprisings in the countries of Eastern Bloc, the revolt of West Bohemian City of Pilsen against the currency reform of June 1, 1953. The text is the first complex critical monograph on this topic. In the methodological field the research is inspired by the theories of so-called new social movements. Therefore, the book frames the Pilsen revolt into the context of previous protest actions that had taken place in the examined region after the establishment of communist dictatorship in Czechoslovakia. Thus, the text deals with all the conflicts occurred within the years 1948-1953. This method enables the author to study several protest cultures which operated on a long-term base in various parts of the society and which-each of them in a different way-affected the course of the Pilsen revolt.
Jakub Slouf is a researcher at the National Archives in Prague and the Institute for the Study of Totalitarian Regimes in the Czech Republic.