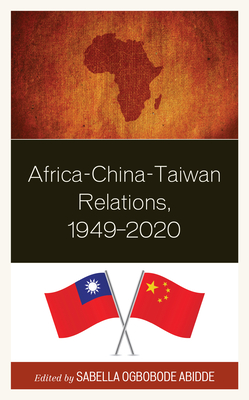 
Not On Our Shelves—Ships in 1-5 Days
The ongoing tension and hostility between China and Taiwan in Africa are a continuation of the Chinese Civil War (1927-1949) between the forces of the Chinese Communist Party (CCP) which remained in mainland China, and the Kuomintang (KMT) of the Republic of China (ROC) which fled to the island of Taiwan. In the intervening years, China has claimed Taiwan as part of its territory and through persistent and aggressive political and economic efforts convinced much of the world to accept her as the sole and legitimate seat of the Chinese people and government. Africa-China-Taiwan Relations, 1949-2020 provides a coherent account of why and how China was able to convince African governments to acquiesce to her claims which have resulted in the expulsion of and the diplomatic isolation of Taiwan on the African continent. This volume, edited by Sabella Ogbobode Abidde, also explains Taiwan's unsuccessful efforts at blunting China's maneuvers. It further discusses the endogenous and exogenous factors that swayed African governments to switch their diplomatic allegiance away from Taiwan-a country that was for many years an ally and dependable partner in their quest for growth and development. Finally, the book contains critical assessments of the role and place of China and Taiwan and their current relationship with states and societies on the African continent.
Sabella Ogbobode Abidde is professor of political science and a member of the graduate faculty at Alabama State University.