The War on Drugs in Tanzania: Prohibition and Punishment (Hardcover) 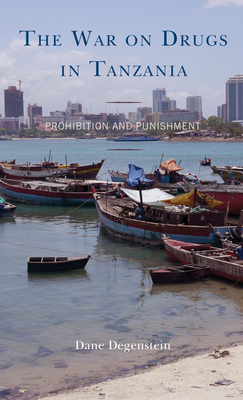 The War on Drugs in Tanzania: Prohibition and Punishment (Hardcover)


Not On Our Shelves—Ships in 1-5 Days
(This book cannot be returned.)
In 2017, late Tanzanian president John Magufuli publicly declared a war on drug users in Tanzania, an unprecedented change in policy in a country leading harm-reduction initiatives in East Africa. In the fall of 2018, Dane Degenstein traveled to Dar es Salaam to learn about these policy changes from those directly impacted. The War on Drugs in Tanzania: Prohibition and Punishment examines the impact of crackdowns on people who use drugs and the impact of policy changes that curtail progressive and humane approaches to improving services for drug users. Degenstein explores how the Tanzanian government sidelined donors and NGOs, undertook a project that directly impinged on human rights, and produced narratives contributing to a global war on drugs. Using the case study of Tanzania, Degenstein draws out larger lessons on the continued international commitment to the war on drugs, how old ideologies that see drug users as criminals and failures continue to be produced, and how the war on drugs erases the perspectives of drug users themselves. Focusing on the experiences of drug activists themselves, the author argues for a radical rethinking of global drug policy.
Dane Degenstein obtained his PhD in political science from the University of Ottawa.