Anahita: A History and Reception of the Iranian Water Goddess (Hardcover) 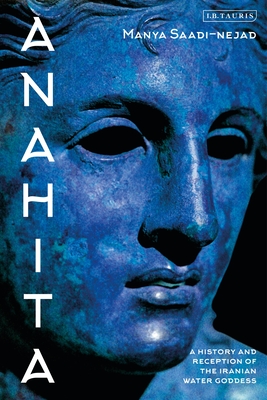 Anahita: A History and Reception of the Iranian Water Goddess (Hardcover)

Anahita was the most important goddess of pre-Islamic Iran. From her roots as an ancient Indo-European water deity her status was unrivalled by any other Iranian goddess throughout the course of three successive Iranian empires over a period of a thousand years.

The first scholarly book on Anahita, this study reconstructs the Indo-European water goddess through a comparison of Celtic, Slavic, Armenian and Indo-Iranian myths and rituals. Anahita's constantly-evolving description and functions are then traced through the written and iconographic records of Iranian societies from the Achaemenid period onwards, including but not limited to the Zoroastrian texts and the inscriptions and artistic representations of the great pre-Islamic Iranian empires. The study concludes by tracing survival of the goddess in Islamic Iran, as seen in new Persian literature and popular rituals. Manya Saadi-nejad demonstrates the close relationship between Iranian mythology and that of other Indo-European peoples, and the significant cultural continuities from Iran's pre-Islamic period into the Islamic present.
Manya Saadi-nejad is an affiliate Assistant Professor at Concordia University in Montreal, Canada. A specialist in Iranian and Comparative Mythology, she has published in the journals Iranian Studies and the Journal for the Study of Religion, Nature, and Culture. She is also a practicing artist, trained in both classical Persian and contemporary styles, and her work has been exhibited internationally. She received her PhD in Iranian Studies from The Free University of Berlin, Germany.