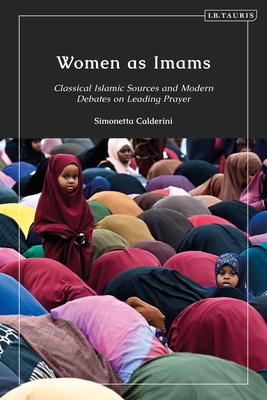 There is a long and rich history of opinion centred on female prayer leadership in Islam that has occupied the minds of theologians and jurists alike. It includes outright prohibition, dislike, permissibility under certain conditions and, although rarely, unrestricted sanction, or even endorsement.

This book discusses debates drawn from scholars of the formative period of Islam who engaged with the issue of female prayer leadership. Simonetta Calderini critically analyses their arguments, puts them into their historical context, and, for the first time, tracks down how they have informed current views on female imama (prayer leadership). In presenting the variety of opinions discussed in the past by Sunni and Shi'i scholars, and some of the Sufis among them, the book uncovers how they are, at present, being used selectively, depending on modern agendas and biases. It also reviews the roles and types of authority of current women imams in diverse contexts spanning from Asia, Africa and Europe to America. The research offers readers the opportunity to gain nuanced
answers to the question of female imama today that may lead to informed discussions and to change, if not necessarily in practices then at the very least in attitudes. This ground-breaking book interrogates the cases of women who are reported to have led prayer in the past. It then analyses the voices of current women imams, many of whom engage with those women of the past to validate their own roles in the present and so pave the way for the future.
Simonetta Calderini is Reader in Islamic Studies at the University of Roehampton, London, U.K. She has also been a post-doctoral research fellow at the Oriental Institute, University of Naples, Italy and she received her PhD in Islamic Studies from The School of Oriental and African Studies (SOAS), University of London, UK. She is the co-author of a ground-breaking book on women in pre-modern Islam, Women and the Fatimids in the world of Islam (2006). Her numerous and acclaimed publications on female ritual authority in Islam have made her a prominent voice in scholarly and public debates on issues relevant to women and Islam worldwide. Over the years she has been the recipient of several research awards and grants (AHRC, British Academy, SMT) which have supported her in the writing of this book.