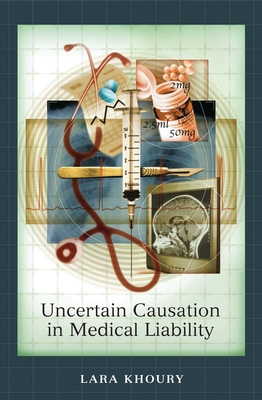 
Not On Our Shelves—Ships in 1-5 Days
Proving the cause of the plaintiff's injury in personal injury litigation often entails significant challenges, particularly when science cannot identify the cause of a biological phenomenon or when the nature of this cause is debatable. This problem is frequently encountered in medical malpractice cases, where the limitations of scientific knowledge are still extensive. Yet judges must decide cases, however uncertain the evidence with regard to proof of causation. Reluctant to leave patients without compensation, courts have in some cases challenged their traditional approach to causation through recourse to such techniques as reliance on factual presumptions and inferences, the concept of loss of chance, and reversal of the burden of proof. This book analyzes and criticizes the use of these various techniques by the courts of England, Australia, Canada, France, and the civilian Canadian province of Quebec in confronting evidentiary causal difficulties caused by the uncertainties of medical science. This comparative study, examining one of the most hotly debated issues in medical liability law, has been awarded a prestigious prize-the Prix Minerve 2004-from the Les Ã?Â?Ã?Â?ditions Yvon Blais.
Lara Khoury, LL.B (Sherb.) B.C.L. (Oxon.), D.Phil (Oxon.), Barrister and Solicitor, is an Associate Professor and Assistant Dean (Research) at McGill University, Canada.