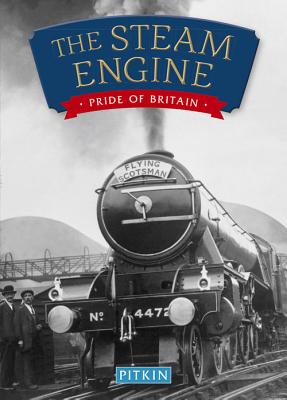 Revealing the many guises of the steam engine, and how it changed over time to revolutionize British industrial history

This is the story of a machine that began as a crude device used only for pumping water from mines to become the main driving force behind the mills and factories of Britain for nearly 200 years. By the end of the 18th century, the steam engine was no longer stuck where it was built: it moved into the world of transportation. First it was used to power boats, then it trundled off down the highway before finding a home on railed tracks. It is one of the greatest stories of British inventiveness, and the steam engine has a host of admirers. The book tackles early ideas that led to the development of steam, and the breakthroughs by blacksmith Thomas Newcomen and James Watt, as well as engine builders, steamboats, carriages, early locomotives, steamships, engines and turbines, agricultural engines, and preservation today.

Anthony Burton has published 70 books. He has worked extensively in television as a writer and presenter. As well as being a historic adviser for the Discovery series, he is currently writing articles for Countryfile and Canal Boat and is a regular contributor to Railways & Canals Historical Society Journal.