The High Book of the Grail: A Translation of the Thirteenth-Century Romance of Perlesvaus (Paperback) 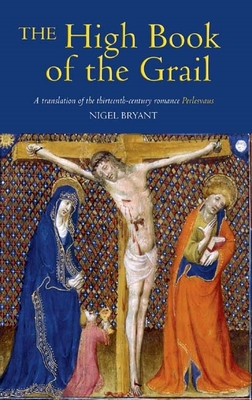 The High Book of the Grail: A Translation of the Thirteenth-Century Romance of Perlesvaus (Paperback)


Not On Our Shelves—Ships in 1-5 Days
Vivid translation of one of the earliest and most important Grail romances. The High Book of the Grail (Perlesvaus) is one of the most fascinating of medieval Arthurian romances, standing apart from the main tradition represented by the great romance cycles on which Malory based his work. Written in the first half ofthe thirteenth century, it represents a totally different view of the legend of the Holy Grail from that found in Wolfram von Eschenbach or the French Quest of the Holy Grail, though all derive from Chr tien's Perceval; the unknown author adds a much greater religious emphasis, and a desire to glorify crusading chivalry for the secular adventures of Arthur, Perceval, and Lancelot. The framework of the romance is the struggle of Arthur and his knights to impose - by force - the New Law of Christianity in place of the Old Law. Unusually, Arthur's knights are seen collectively as members of a kingdom, rather than as individual knights on quests, defending the land against treason and paganism, and advancing to convert the heathen of other lands. This unique view of the Arthurian world is now made accessible to students of medieval literature, Arthurian enthusiasts, andto historians interested in the world of chivalry and its attitudes. NIGEL BRYANT's previous Arthurian books include The Legend of the Grail, Chretien de Troyes' Perceval and its Continuations, and Robert de Boron's Merlin and the Grail.