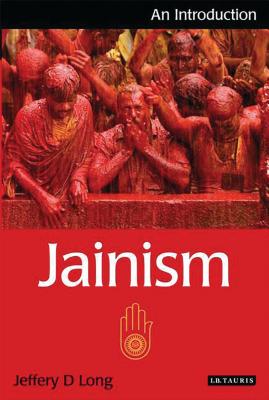 Jainism evokes images of monks wearing face-masks to protect insects and mico-organisms from being inhaled. Or of Jains sweeping the ground in front of them to ensure that living creatures are not inadvertently crushed: a practice of non-violence so radical as to defy easy comprehension. Yet for all its apparent exoticism, Jainism is still little understood in the West. What is this mysterious philosophy which originated in the 6th century BCE, whose absolute requirement is vegetarianism, and which now commands a following of four million adherents both in its native India and diaspora communities across the globe?In his welcome new treatment of the Jain religion, Long makes an ancient tradition fully intelligible to the modern reader. Plunging back more than two and a half millennia, to the plains of northern India and the life of a prince who - much like the Buddha - gave up a life of luxury to pursue enlightenment, Long traces the history of the Jain community from founding sage Mahavira to the present day.
He explores asceticism, worship, the life of the Jain layperson, relations between Jainism and other Indic traditions, the Jain philosophy of relativity, and the implications of Jain ideals for the contemporary world. The book presents Jainism in a way that is authentic and engaging to specialists and non-specialists alike.

Jeffery D Long is Associate Professor of Religion and Asian Studies, and Chair of the Department of Religious Studies, at Elizabethtown College, Pennsylvania. He is the author of A Vision for Hinduism: Beyond Hindu Nationalism, published by I.B.Tauris in 2006.

"This highly readable book provides an excellent introduction to an ancient and complex tradition that predates the birth of the Buddha. The author skillfully explores Jain doctrines regarding the nature of the soul and the observance of nonviolence, placing Jainism within the context of Hinduism and Buddhism. He also highlights the influence that Jainism had upon the life and work of Mahatma Gandhi. The book corrects misperceptions that have characterized Jain ethics as extreme, and discusses how Jainism is being practiced globally, including in the US heartland."--Christopher Key Chapple, Doshi Professor of Indic and Comparative Theology, Loyola Marymount University, Los Angeles

"Jeffery Long’s book admirably accomplishes two goals. The first half of Jainism: An Introduction does exactly what his subtitle indicates. Long provides a succinct and accurate overview of the history, beliefs and practices of the Jains that draws in an excellent manner upon the most recent scholarship. The second half of the book - in a fine example of the practice of comparative theology and comparative philosophy of religion - moves beyond description to engage with what Jainism has to say to anyone living on Planet Earth in the twenty-first century. In particular, Long is concerned to explore what the Jain philosophical doctrines of "relativity" can contribute to the pressing problem of how people respond to the fact of profound religious diversity. Jainism: An Introduction will therefore be of interest to anyone interested in the global religious history of humanity, and additionally to anyone striving to construct a morally responsible stance on how humans can learn to live together in all their religious differences. The book will also be a fine choice for undergraduate students in a variety of fields, including religious studies, south Asian studies, the history of religion and comparative philosophy."--John Cort, Professor of Asian and Comparative Religions, Denison University, and author of Jains in the World: Religious Values and Ideology in India