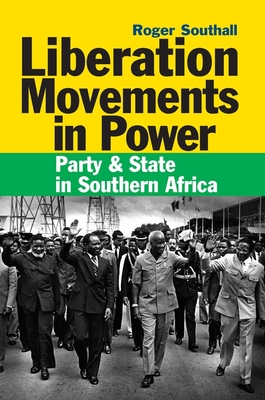 
Not On Our Shelves—Ships in 1-5 Days
Analyses the ZANU-PF in Zimbabwe, SWAPO in Namibia and the ANC in South Africa and to what extent their promises of democracy have been effected in government. The liberation movements of Southern Africa arose to combat racism, colonialism and settler capitalism and engaged in armed struggle to establish democracy. After victory over colonial and white minority regimes, they moved into government embodying the hopes and aspirations of their mass of supporters and of widespread international solidarity movements. Even with the difficult legacies they inherited, their performance in power has been deeply disappointing. Roger Southall tracks the experiences in government of ZANU-PF, SWAPO and the ANC, arguing that such movements are characterised by paradoxical qualities, both emancipatory and authoritarian. Analysis is offered of their evolution into political machines through comparative review of their electoral performance, their relation to state and society, their policies regarding economic transformation, and their evolution as vehicles of class formation andpredatory behaviour. The author concludes that, while they will survive organizationally, their essence as progressive forces is dying, and that hopes of a genuine liberation throughout the region will depend upon political realignments alongside moral and intellectual regeneration. ANC South Africa
SWAPO Namibia
Zanu-PF Zimbabwe Roger Southall is Professor Emeritus in Sociology, University of the Witwatersrand and a Research Associate of the Society, Work and Development Institute.