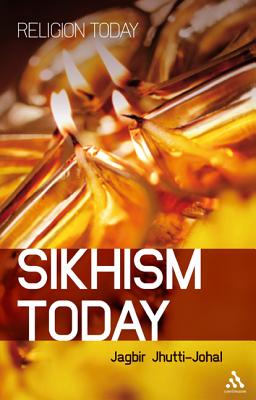 This new introduction to Sikhism aims to introduce this increasingly studied religion through the lens of contemporary issues. Illustrated throughout with examples and case studies taken from lived religion, each chapter attempts to interpret the teachings of Sikhism in a modern context and apply them to modern day scenarios. After an initial chapter providing an overview of the Sikh religion, its history and basic theological tenets, Jagbir Jhutti-Johal moves through key contemporary themes, often overlooked in other introductions: Sikhism and women, science and bioethics, and ethics and morality.

She concludes with a final section looking at the future for Sikhism, and whether modern issues that are confronting the Sikhs, such as gender inequality, advances in science and technology, family life and homosexuality can be addressed and understood through a critical engagement with the Guru Granth Sahib. She will also consider whether the process of interpretation and reinterpretation has lead to an abandonment, changing or impoverishment of the religious teachings from their original form.
Jagbir Jhutti-Johal is Lecturer in Sikh Studies at the University of Birmingham, UK, in the School of Philosophy, Theology and Religion.