A Talib's Tale: The Life and Times of a Pashtoon Englishman (Paperback) 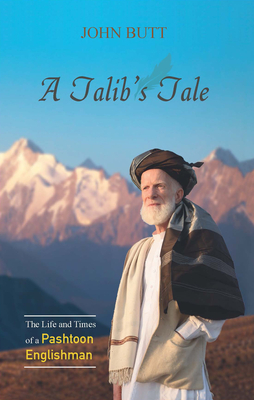 A Talib's Tale: The Life and Times of a Pashtoon Englishman (Paperback)


Not On Our Shelves—Ships in 1-5 Days
John Butt came to Swat in 1970 as a young man in search of an education he couldn't get from his birthplace in England. He travels around the region, first only with friends from his home country, but as he befriends the locals and starts to learn about their culture and life, he soon finds his heart turning irrevocably Pashtoon. Containing anecdotes from his life both before and since he shifted to Afghanistan, and with a keen and optimistic attitude towards becoming the best version of himself, John Butt tells a wonderful and heartfelt tale of a man who finds a home in the most unexpected place.
John Butt was born in Trinidad in 1950. At the age of nine, he came to boarding school in England. His restless spirit did not settle down to life in England and in 1969, he took the hippie trail to India. In the Pashtoon border regions of Afghanistan and Pakistan, he converted to Islam and started a second education, as a traditional talib--student of Islam. Having become the first European to qualify from Darul Uloom Deoband--the pre-eminent institute of Islamic learning in South Asia--he later became a well-known broadcaster in his adopted Pashto language. He was renowned as the Man Who Brought The Archers--a well-known BBC radio soap opera--to Afghanistan. His adventures and encounters in between this extraordinary trajectory give a unique insight into Pashtoon history, the place the Pashtoons occupy in the sub-continent and some hints as to how present-day conundrums among the Pashtoons might be assuaged.