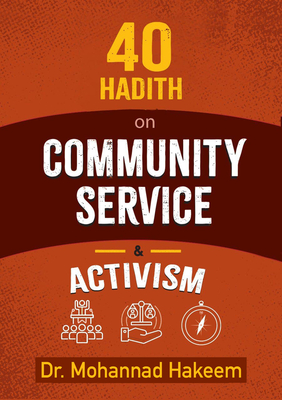 
In Stock—Click for Locations
Activism and civic engagement are increasingly discussed in the inner and outer circles of the Muslim community. This is a natural consequence of more than a decade of Islamophobia (predominantly since 9/11) and particularly after the election of the previous president of the United States, Donald Trump, based on a clear anti-Muslim, anti-Immigration campaign. It goes without saying that Muslims should seek guidance from the Quranic principles and prophetic tradition, and ensure that our activism supports our bigger picture of being vicegerents on earth, and not as a reaction to a very specific political situation. This discussion is not only relevant to a Muslim audience, since the teachings of Prophet Muhammad Peace Be Upon Him provide universal principles for all peaceful activists, community members, and agents of change.
Dr. Mohannad Hakeem holds a PhD in Mechanical Engineering. He is a youth counselor, motivational speaker and Imam residing in Dearborn, Michigan, USA.