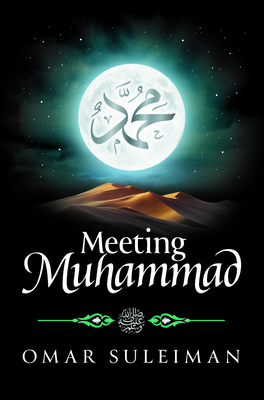 
Special Order—Subject to Availability
"My eyes have never seen anything better than you. No woman has ever given birth to anyone as beautiful as you. You were created free from all flaws. As if you were created exactly as you wished. - Hassan Ibn Thabit (RA) Allah has never sent a Prophet except that Prophet had a beautiful face and a beautiful voice. In the case of the Prophet Muhammad (PBUH) as Ali (RA) said, "I've never seen anything like him, before him or after him". However, as stunning as the Prophet Muhammad (PBUH) appearance was, his character was even more strikingly beautiful. Do you ever wonder what it would be like to be in the presence of Prophet Muhammad ﷺ, as his companions were? What would it be like to see him, to host him in your home, pray behind him, and have him as a teacher and friend? Through 30 beautifully detailed chapters with narrations from companions, take a journey from only knowing about him to knowing him and loving him and feel what it was like to be a companion of his in this life and strive to be companions of his in the next.
Imam Omar Suleiman is the Founder and President of the Yaqeen Institute for Islamic Research, and an Adjunct Professor of Islamic Studies in the Graduate Liberal Studies Program at SMU (Southern Methodist University). He is also the Resident Scholar at Valley Ranch Islamic Center and Co-Chair of Faith Forward Dallas at Thanks-Giving Square. He holds a Bachelors in Accounting, a Bachelors in Islamic Law, a Masters in Islamic Finance, a Masters in Political History, and is currently pursuing a Phd. in Islamic Thought and Civilization from the International Islamic University of Malaysia.