Creativity in Groups (Research on Managing Groups and Teams #12) (Hardcover) 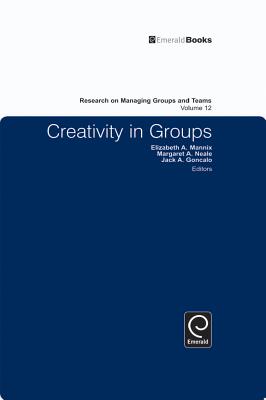 Creativity in Groups (Research on Managing Groups and Teams #12) (Hardcover)

This is book number 12 in the Research on Managing Groups and Teams series.

Creativity is increasingly being recognized as an important source of competitive advantage because a single creative idea that is both novel and useful may take an organization in a profitable new direction. A long tradition of research has focused on individual creativity; especially the traits and social situations that make some people more creative than others. Over time, however, there has been a major shift in the way work is conducted such that organizations are becoming increasingly team-based and employees are spending more time working as a member of a group. In line with this shift, research on creativity also moved from a focus on the individual to a focus on groups of people who collaborate to generate creative ideas. The growing interest in group creativity reflects an underlying assumption that the exchange of ideas that occurs in a group setting is more likely to result in a wider range of ideas that are more creative than any one person could have come up with alone. Although the evidence to support this assumption is somewhat mixed, there is a great deal of work yet to be done. Our goal in this volume is to promote the already burgeoning interest in group creativity by identifying new questions that will drive future research in this area.