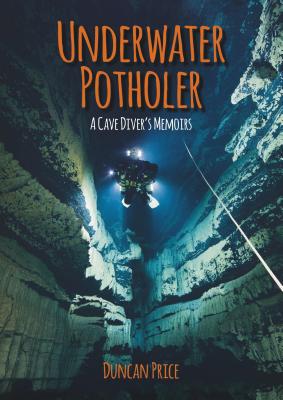 
Special Order—Subject to Availability
Duncan's curiosity has got him into a lot of tight spots quite literally As a teenager, Duncan really wanted to be an astronaut but took to the exploration of inner space instead. Only a dozen men might have stood on the moon but Duncan has squeezed into many places that no one has ever been before, and some places that no one is ever likely to go again (probably for a very good reason). These memoirs recount the author's misadventures during his thirty-year involvement with caving and cave diving beginning with student antics in the caves of the Mendip Hills in England to a hair raising escape from deep beneath an English stately home. Along the way we are treated to the ups and downs of subterranean enterprise from the joys of discovering new caves to the sadness of losing close friends. Duncan tells his tales with characteristic candour, often making light of difficult situations: rock falls, serious illness and an embarrassing incident with a tick. There are tears and laughter, often at the same time: who else would perform an animal impression with a suspected metatarsal fracture? We dive beneath Welsh Valleys, Yorkshire Dales and the Blue Ridge Mountains, encounter sharks, unexploded bombs and secret nuclear research facilities. Technical concepts and jargon are explained clearly and concisely, allowing the reader to follow Duncan into the depths. These stories are a treat for anyone interested in exploration, above or below ground, over or underwater. People often tell Duncan that he must be 'mad' to go cave diving read this and judge for yourself
Duncan Price has been involved in many discoveries including helping to establish a new British cave diving depth record at Wookey Hole Caves in 2005. He is the co-author of a number of books including Cave Diving Group Manual and the award-winning WOOKEY HOLE: 75 years of cave diving & exploration.