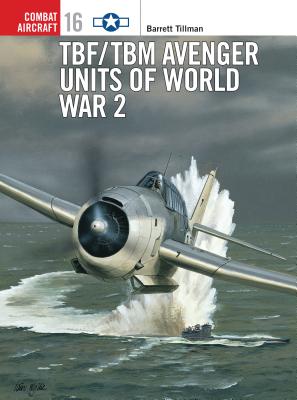 As its name suggests, the Avenger meted out severe retribution on the Japanese in the Pacific, participating in every major engagement through to VJ-Day. As a key weapon of World War II (1939-1945), the Avenger was so highly valued by the US Navy that its demand for the aircraft soon outstripped Grumman's production capacity, so General Motors [GM] was contracted to build the near identical TBM from September 1942 onwards. Over 1000 Avengers also saw action with the Fleet Air Arm in both the Atlantic and the Pacific through to VJ-Day, and two squadrons of RNZAF TBDs fought alongside American Avengers on Bougainville in 1944.

Barrett Tillman is a professional author and speaker with more than 40 nonfiction books as well as novels to his credit. His first book, published in 1976, remains in print today as do most of his subsequent titles.
He holds seven awards for history and literature including the 1996 Tailhook Association Lifetime Achievement Award and third place in the US Naval Institute Prize in 2009. Tillman has appeared in more than a dozen documentaries including The History Channel's Dogfights.