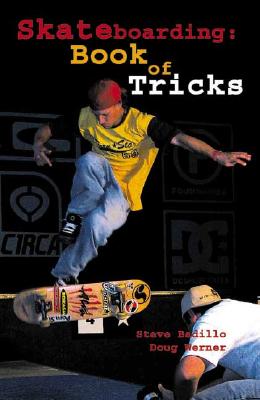 
Not On Our Shelves—Ships in 1-5 Days
Serious skaters looking for unusual and innovative tricks will find them in this skateboarding instructional guide. The tricks run the gamut from classic old school to modern with an emphasis on diversification, creativity, and originality. Included are riding basics and tips for controlling fear, visualizing, and focusing. Sequential shots detail every move needed to successfully re-create the various skateboarding tricks. The mechanics of the sport are also covered, including types of boards available, and the various wheels, bearings, and skateboarding surfaces.

Steve Badillo is a touring pro skater and operates Skatelab Summercamp in Simi Valley, California. He is the coauthor of Skateboarder's Start-Up: A Beginner's Guide to Skateboarding and Skateboarding: New Levels: Tips and Tricks for Serious Riders. His stunts have appeared in national ad campaigns, in music videos for bands such as Limp Bizkit, and on the MTV show Becoming Pink. He lives in Ventura, California. Doug Werner is the author of 15 books on sports and fitness, including the books in the Start-Up Sports series. He lives in San Diego, California.