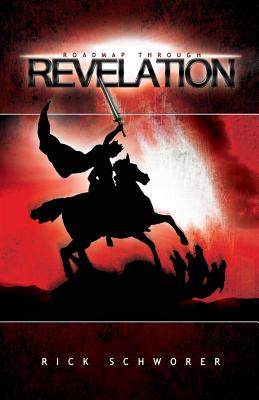 For those who've picked up Revelation and wondered why Armageddon happens more than once, or which comes first, the Trumpets, the Vials, or the Seals, this is a book that will clearly chart out for you a timeline of events, harmonizing the four accounts of Christ's Second Coming.

Whether you are new to Revelation or have studied it for years, you will enjoy the short stories that bring Revelation to life. Experience the faceoff between the two witnesses and the Antichrist at the temple. Watch as a living, breathing statue commands the world to worship the Antichrist and receive his mark. Rejoice as the Messiah rescues His chosen people hiding within the rock city of Petra.

This book will help to answer your questions with an in-depth look at the three raptures, the seventy-five days between the Tribulation and the Millennium, the differences between the Red Dragon, the Beast of the Sea, and the Beast of the Earth, and Daniel's Beast; as well as the history of Baal, Nimrod, and Babylon.

Rev. 1:3, "Blessed is he that readeth, and they that hear the words of this prophecy, and keep those things which are written therein: for the time is at hand."

"When I discovered that Revelation is divided up four times, I tried to find a harmony of it. By that I mean a book or commentary that takes all the accounts and examines them separately and then intertwines them. There are several harmonies of the Gospels available, so I thought I could find a harmony of Revelation. I couldn't, and I still haven't. There are several commentaries that touch on the subject, but to the best of my knowledge there are no harmonies of Revelation."

"When Nimrod died, his wife Semiramis claimed that he was now the sun-god. Nimrod, extolled as the sun-god, was Baal. This is the same Baal that the Israelites had problems with throughout their history. It all started with his wife making him out to be a god after his death.

Not long after Nimrod's death, his widow Semiramis gave birth to a son named Tammuz, or Bacchus. She claimed that the son was Nimrod reborn, as some kind of messianic savior. The sun and fire became the symbols for Nimrod, the sun-god, and the golden calf became the symbol for Tammuz, the child of Semiramis.

Yes, the golden calf problem that Israel had so many times started with this mixed up family..."

"The "pre-wrath" argument teaches that the church is raptured out in the middle of the Tribulation, before the wrath of God is poured out on the Earth. As already stated, this theory ignores the wrath of God in the first half. The only real evidence for this idea is I Cor. 15:52 which refers to us being raptured out at the "last trump." The pre-wrath argument claims that we are raptured out at the Seventh Trumpet in Revelation - which would be this one. The problem is, the last Trumpet in Revelation is at the very end of the Tribulation, meaning, that if we're raptured out at that point we go through all of the wrath of God. In the Old Testament, specifically Numbers 10, trumpets were used to move the camp or to give orders. This is what Paul is referring to. The "last trump" is God's final command to the church on Earth, to "come up hither."

"Why do so many of the commentators call these things bowls? The text always calls them Vials. They don't call the Seals, stamps, or the Trumpets, flutes, but they always insist on calling these things bowls. A vial doesn't even look like a bowl A bowl is something you put bean dip in; a vial is shaped like a Coke bottle. Try dipping your chips in a vial filled with bean dip and you'll see the difference."