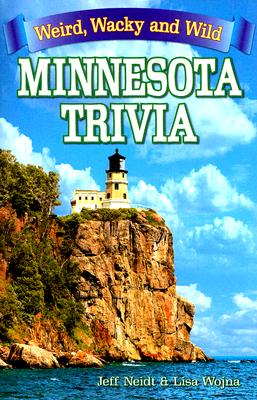 
Not On Our Shelves—Ships in 1-5 Days
Minnesota is full of fascinating and often humorous stories of strange places, bizarre events, intriguing history and colorful characters:
Bestselling author Lisa Wojna has authored or co-authored more than 20 books for Blue Bike Books, including Weird Canadian Laws and the Bathroom Book of Canadian Quotes. She has also written many other non-fiction books. Having worked in the community newspaper industry as a writer and journalist, she has traveled all over Canada from the windy prairies of Manitoba to northern British Columbia and even to the wilds of Africa. Although writing and photography have been a central part of her life for as long as she can remember, it's the people behind every story that are her motivation and give her the most fulfillment.