Causation and Risk in the Law of Torts: Scientific Evidence and Medicinal Product Liability (Hardcover) 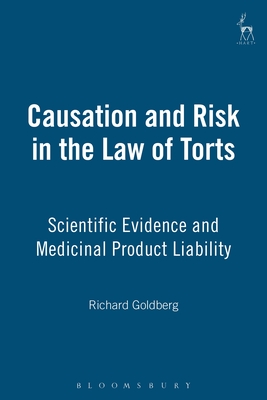 Causation and Risk in the Law of Torts: Scientific Evidence and Medicinal Product Liability (Hardcover)


Not On Our Shelves—Ships in 1-5 Days
This book provides a comparative account of the legal and scientific issues relating to proof of causation in alleged cases of drug-induced injury, principally in Europe and North America. It seeks to assess whether, by using probabilistic approaches, the courts may more accurately determine the cause of adverse reactions contentiously associated with drugs. In four case studies (DES, Bondoctin, vaccine damage and "Gulf War Syndrome"), the deficiencies of orthodox approaches to causation are revealed. A sustained argument is presented in favour of according greater weight to epidemological statistics, as refined by the application of the Bayes' Theorem. A valuable feature is the discussion of the role of expert witnesses, including an examination of how the author's proposals could be accommodated within the reformed civil process envisaged by the Woolf Report. The book also examines the economic implications of these proposals. It is a timely contribution to the resolution of the legal problems in this complex area of tort law.
Richard Goldberg is a Lecturer in Law at the University of Birmingham.