The Genesis 'Gap Theory': Its Credibility and Consequences (Paperback) 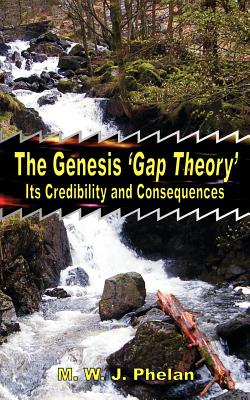 The Genesis 'Gap Theory': Its Credibility and Consequences (Paperback)


Not On Our Shelves—Ships in 1-5 Days
(This book cannot be returned.)
The interpretation of Genesis 1:1-2 has taxed the minds of exegetes for many years. The controversy has centred upon whether or not there is a chronological gap of unspecified duration within the compass of what, at first glance, seems to be continuous narrative. This proposed gap is the basis of what might be termed theories-of-accommodation. By some the proposed gap is used to accommodate the alleged vast ages of cosmic, geological, and biological evolution, and has certain similarities with the theory that views the days of Genesis 1, not as literal days representing but one complete rotation of the earth upon its axis, but as entire epochs, during which the earth was subject to profound, but extremely slow evolutionary change. This is a view frequently advocated by so-called Theistic-Evolutionists, who seek to harmonise Scripture with human wisdom in the form of evolutionary dogma. The facts are that; 1) the six days of Genesis 1 are each defined as comprising but one 'evening and morning' (verses 5, 8, 13, 19, 23, and 31), ] 2) Exodus 20:11 and 31:17 state that the basis of the seven-day week which regulates our calendar still, is the hexameron, or six days of creation followed by the Sabbath rest, ] 3) death did not exist before Adam, and came through Adam (Romans 5:12), ruling out the possibility of millions of years of plant and animal deaths before man, and, ] 4) the concept of the history of the events of Genesis 1, being greater in duration than all the rest of Scripture history taken together, and of it outlasting it by a truly prodigious amount which the adoption of an evolutionary time-scale would demand, is absolutely contrary to the conceptual basis of the Word-of-God.] The desire to accommodate entire epochs such as are suggested by evolutionists within a chronological gap to be located within Genesis 1:1-2 then should not be a serious consideration for sincere students of the Word. But the proposed gap is used also to accommodate the Luciferic Rebellion and Fall. It is taught by believers in this view that the original creation was marred, if not ruined altogether by this rebellion, or by a Divine Judgement which fell upon the earth as a consequence of it, and that the hexameron details the actions of God in restoring the, by then, ruined earth. Finally, there are those who see such a gap accommodating both evolutionary epochs and the Luciferic Rebellion. What the sincere student of God's Word needs to know is; whether or not there is any real basis in the Scriptures themselves for the existence of such a gap, or whether the proposal is based only upon human speculation.