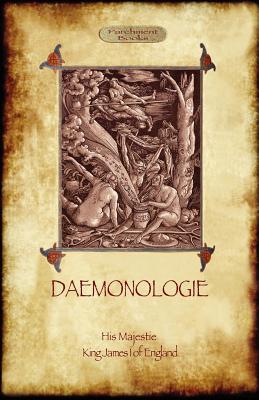 By King James I. Of England

In 1590 three hundred Scottish 'witches' were tried for plotting the murder of their King, James VI of Scotland (soon to be James I of England). James is known to have suffered from a morbid fear of violent death, and the trial heightened his anxiety over this apparently treasonous 'un-Christian' sect, and stimulated him to study the whole subject of witchcraft. 'Daemonologie' is the result of this royal research, detailing his opinions on the topic in the form of a Socratic dialogue between the sceptic Philomathes and witch-averse Epistemon, who reveals many aspects of witch-craft. The book consists of three sections, on magic, on sorcery and witchcraft, and on spirits and ghosts, and ends with a lurid account of the North Berwick witch trials, based on the evidence of Dr John Fian, the alleged head of the coven, whose 'confession' was obtained with the aid of thumbscrews, the Boot, and by the ripping out of his fingernails.