I Cast Thee Out: Poltergeists, Possession and Exorcism (Paperback) 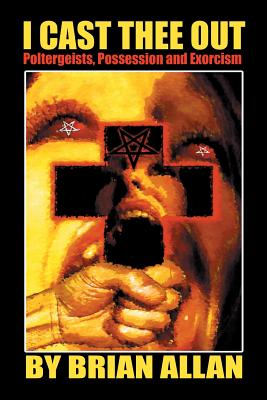 I Cast Thee Out: Poltergeists, Possession and Exorcism (Paperback)


Not On Our Shelves—Ships in 1-5 Days
(This book cannot be returned.)
Introduction, by Brian Allan In the course of researching material for this book I was confronted with a multitude of almost unbelievable and differing nuances of opinion and belief when dealing with the subject of demonic or Satanic possession. These took the form of everything from a simple faith in saints and demons espoused by the early, especially medieval Christians, to supposed vampires and the largely self-appointed slayers who take it upon themselves to rid us of these supernatural hybrids. Since vampirism is also arguably a form of possession by an evil spirit, it dovetails easily with the more conventional model. These beliefs acted as a kind of two-way filter, both feeding and evolving into the infinitely greater sophistication and borderline charlatanry of what passes for Christianity in some supposedly Christian schisms in the modern world and there are more of these than one might think. As far as those who become possessed and are deemed to be in need of exorcism go, there is no defining personality type, because the individuals who display the traditional signs of apparent demonic possession can be either devoutly religious or have no religious affiliations whatsoever. As with mental illness the person may seem absolutely fine on the outside, but this gives no clue as to what is going on inside. This has been likened to a moving vehicle where externally all appears as it should be, but the observer has no idea who (or what) is driving it; usually until it's too late, which is why mental illness and possession often appear virtually identical in nature. To be sure, there are still many extremely pious and genuine people out there who successfully challenge perceived evil spirits and by their lights wrestle 'that old serpent' Satan to the ground on an almost daily basis. However, there are also individuals and groups of individuals who, although loudly and vociferously proclaiming their 10 scriptural credentials, have an altogether much darker agenda which, they claim, is also founded on biblical principles. It is among these groups that we will find the most appalling, shameless, devious and dangerous hypocrisy imaginable. Despite this, like the genuine souls of medieval times, they practise various forms of exorcism and deliverance on the road to their usually expensive version of salvation. They continue to proliferate and grow because their right to do so is enshrined in the American constitution; in God we trust indeed.