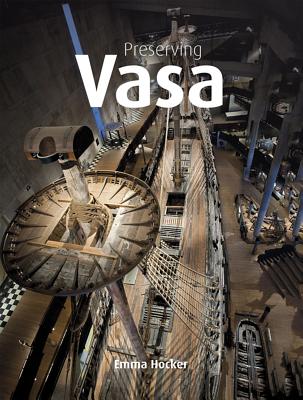 
Special Order—Subject to Availability
(This book cannot be returned.)
The story of Vasa began almost four hundred years ago. On 10 August 1628, the Vasa, newly-built flagship of the Swedish King Gustav II Adolf, set sail in Stockholm harbor. Less than an hour later, Sweden's great warship sank to the bottom of Stockholm harbor. Various attempts were made to raise the ship. In the 1660s attention turned to salvaging the ship's consignment of bronze cannon, while the hull itself remained relatively undisturbed at the bottom of the sea until April 1961 when the great ship was raised from the waters of Stockholm harbor. Conservation and reconstruction was to prove a far cry from plain sailing... taking almost 30 years before the ship was placed on permanent display in the purpose-built Vasa Museum in central Stockholm. This book, published in association with The Vasa Museum, documents how this huge ship survived the forces of decay; how the conservators of the 1960s approached the task of preserving such an enormous volume of waterlogged wood; what needs to be done to preserve the ship for future generations and how the ship is looked after on a daily basis. Contents: Foreword; Preface; Acknowledgements; Chapters: 1. Introduction; 2. On the Harbour Bottom; 3. Salvage and Excavation; 4. Conserving Vasa; 5. Reconstructing Vasa; 6. Conservation of Objects; 7. Life in the New Museum; 8. The Unexpected; 9. Stabilising the Climate; 10. Monitoring and Stabilising Vasa; 11. A New Support System; 12. Vasa's Legacy; Bibliography; Index.