The Teachings of Zoroaster, and the Philosophy of the Parsi Religion (Paperback) 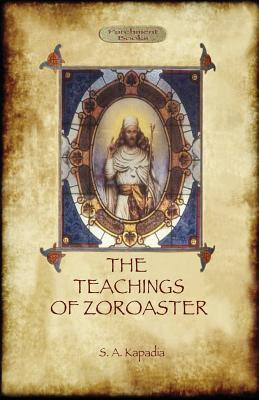 The Teachings of Zoroaster, and the Philosophy of the Parsi Religion (Paperback)

The Iranian prophet and reformer Zarathustra (Greek: Zoroaster) founded his religion in the 6th Century BC. In a series of visions he was taken up to Heaven and Ahura Mazda - creator of all that is good - charged him with enlisting Humanity in the fight against Aura Mainyu - the principle of chaos and destruction - offering Mankind a free choice between Good and Evil. It is hard to overstate the importance of Zoroastrianism. According to Professor of Iranian Studies Dr Mary Boyce: "It was the first to teach the doctrines of an individual judgment, Heaven and Hell, the future resurrection of the body, the general Last Judgment, and life everlasting for the reunited soul and body." 'The Teachings of Zoroaster' is an excellent introduction to this little-known and often misunderstood religion, giving Zoroastrianism its rightful place as the precursor of many Christian, Judaic and Islamic beliefs.