The God of the Witches (Aziloth Books) (Paperback) 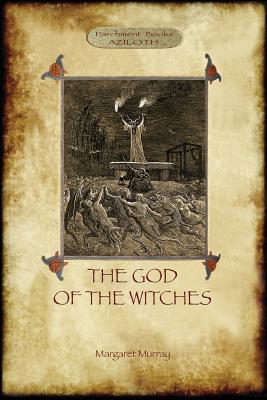 The God of the Witches (Aziloth Books) (Paperback)

Margaret Murray was an anthropologist who upset the comfortable consensus of her day with the idea that Western Europe did not convert 'en masse' to Christianity. Using contemporary accounts she was able to show that, while European rulers and nobles were successfully targeted by Christian missionaries, the majority of the population held tenaciously to the Old Religion. These far older beliefs centred upon the worship of Cernunnos, the figure of a male, horned god. The result was centuries of conflict between Christianity and 'Paganism' in which the adherents of the Cross gradually gained the ascendant. And following the general principle that 'the God of the old religion becomes the Devil of the new', the Christian 'Evil One' was given the characteristics of the pagan deity - horns and all. Those who stubbornly held to the Old Ways were seen as devil-worshippers, witches, followers of the left-hand path who fully deserved the stake and death by purging fire. Margaret Murray gives a convincing account of this God of the witches, and shows how many famous characters in European history - among them William Rufus, Joan of Arc and Thomas Beckett - must be counted as members of The Old Religion. A book for all those interested in the roots of Wicca and neo-paganism.