Writing on the Ground (Paperback) 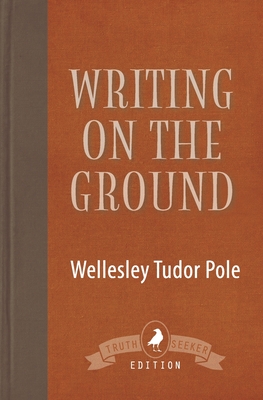 Writing on the Ground (Paperback)


Not On Our Shelves—Ships in 1-5 Days
(This book cannot be returned.)
In "Writing on the Ground," Wellesley Tudor Pole continues where he left off in "A Man Seen Afar." In this book he challenges the everyday events of the life of Jesus as portrayed in the Gospels. He writes: "Surely it was the Christ speaking through Jesus who announced that 'I and the Father are one'? Jesus never indicated that his human birth differed from the natural one or that he, the man, though perfect in his humanity was the saviour of the world with power to destroy all sin and evil. Doubtless it was for the purpose of making converts that the doctrines of the Virgin Birth and the idea that Jesus himself in human form was God incarnate, omnipotent and supreme arose." Penned in the final year of the author's life, he writes about The Archangelic Hierarchy, The Closing Days of Atlantis and his relationship with Abdu'l Baha Abbas, the son of Bah 'u'll h the founder of the Bah ' Faith. The author's whole philosophy is a gentle, insistent assertion that the life we know is only a minute part of a greater continuum existing far back and far ahead. Tudor Pole's ability to scan this continuum brings glimpses that are denied to most of us. "Every thought you think is pooled and passes into a reservoir which, being fed by each human mind becomes a latent or active influence for good-or the reverse.