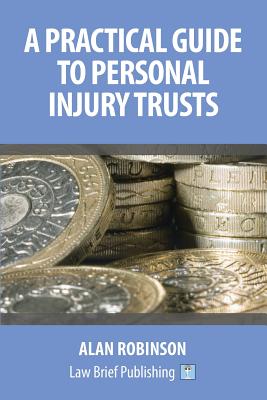 Personal injury trusts were originally created as a response to the capital rule in means tested social security benefits. Put simply, this rule denies certain means tested benefits to those with capital in excess of a certain amount. This then creates a problem for the existing benefit claimant who receives a sum of capital, in that he or she will on the face of it be immediately deprived of access to his or her benefits. This would be the case in the event of a windfall such as a legacy or lottery win; and this can be seen as supporting the reasoning behind the rule in the first place. The state should not support someone who has adequate resources of their own. In order for the rule to apply, the claimant must be able to gain access to the money, so that, for example, a legacy which is set out in the form of a discretionary trust will not of itself invoke the rule.

This book is a practical guide to dealing with trusts for personal injury practitioners.

Alan Robinson qualified as a solicitor in 1972 and has spent the whole of his working life involved with two areas of law - welfare law and work with charities and voluntary organisations. He retired from legal practice in 2010, having been running his own firm for a number of years, and now works part-time as a consultant and trainer.