A Practical Guide to the Law of Military Justice (Paperback) 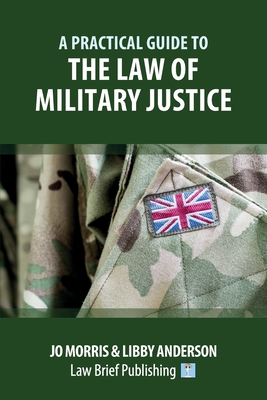 A Practical Guide to the Law of Military Justice (Paperback)

This book is intended as a handy guide for the busy practitioner in the military courts. It provides a comprehensive summary of many of the issues faced by those involved in military justice.

It is intended to provide an outline of military justice procedures from arrest through to trial, sentence, and appeal. It distinguishes between disciplinary and criminal conduct offences and addresses the available sentencing powers.

Jo Morris has represented servicemen in Germany, Colchester and in Aldershot. She has an intimate knowledge of the Armed Forces Act and other relevant legislation and her military background gives her an advantage over others when defending servicemen. She is also well acquainted with operational law and the law of armed conflict.

Libby Anderson has represented service personnel in the UK. She has particular interest in how the international law of armed conflict is adapting to the new challenges posed by cyber warfare, drones, social media and open source intelligence, and changes in the geopolitical landscape. She is familiar with the Armed Forces Act 2006 and other aspects of civilian law, such as the Data Protection Act 1998 and the Regulation of Investigatory Powers Act 2000, which affect military operations.