The Little Guide to Coco Chanel: Style to Live by (Hardcover) 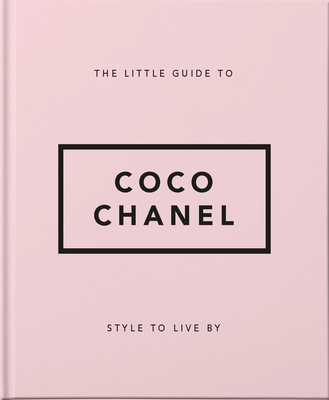 The Little Guide to Coco Chanel: Style to Live by (Hardcover)

This is book number 13 in the Little Book Of... series.

Over 170 quotes and fascinating facts about the creative genius who gave us the Little Black Dress and Chanel No. 5
Almost 50 years after her death, Coco Chanel remains one of the world's most influential fashion designers. Her story is one of creative brilliance and innovation - she was a driving force in freeing women from the restrictive clothing they had been obliged to wear for generations. 'In order to be irreplaceable, one must always be different, ' Chanel would say, and throughout her life she demonstrated extraordinary passion and determination to change the world around her.
This little book is packed with memorable facts about Coco Chanel's life and influence, and full of quotes from the icon herself and some of the many people inspired by her. There is much wisdom to glean from Chanel's self-reflections, while her sharp wit and joie de vivre will amuse, surprise and inspire in equal measure.
'Fashion changes, but style endures.' As seen on vogue.co.uk, 18 August 2017, by Julia Neel.
'Nobody has ever told Coco Chanel what to think.' As seen on dailymail.co.uk, 10 September 2019, by Caroline Howe.
'A girl should be two things: who and what she wants.' As seen on marieclaire.co.uk, 4 October 2016, by Mariel Reed.
'The most courageous act is still to think for yourself. Aloud.' As seen on harpersbazaar.com, 12 August 2017.