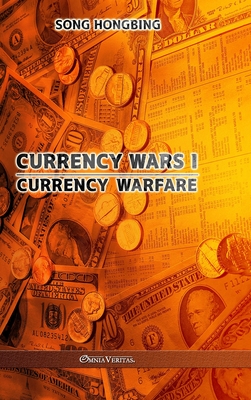 
Not On Our Shelves—Ships in 1-5 Days
(This book cannot be returned.)
Money, by its very nature, is a claim to wealth, and people hold money, the equivalent of a receipt for holding wealth. What is wealth? What form of wealth is used to issue money as collateral determines the nature of the currency. The most widely accepted form of wealth is currency. Wealth, but also currency, is the fruit of human labour. The commodity property of the commons is, in essence, the property of labour. Over the 5,000 years of human civilization, more than 2,000 commodities have taken on the role of currency, and the market has evolved to phase out other currencies, eventually choosing gold and silver as the ultimate representatives of wealth. No matter what region, no matter what civilization, no matter what religion, gold and silver formed the currency as the most widely accepted form of wealth. The gold and silver at this time is both the claim to wealth and the wealth itself.
Even though people have gradually forgotten the gold behind the paper money receipts in the long process of being brainwashed, gold, after all, restricts the over-issuance of receipts, because when there are too many receipts, sooner or later people will be interested in the gold that these receipts can claim. Bankers, as the rule makers of the money game, did not like gold as collateral for paper money, either because it was not enough to satisfy the inflation of paper money desires, or because it did not generate interest income. The idea that bankers would prefer to replace gold with an asset that would never run out and would be viable is a tempting one, and after 1971, the demonetization of gold was in fact an unequal treaty unilaterally imposed on others by the rule-makers of the money game. Thus, we were introduced to an entirely new form of money: sovereign credit money.