Spy Artist Prisoner: My Life in Romania Under Fascist and Communist Rule (Paperback) 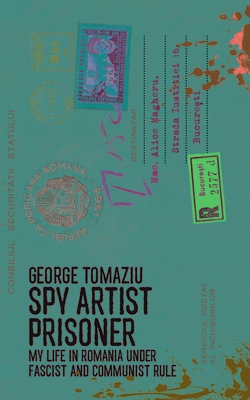 Spy Artist Prisoner: My Life in Romania Under Fascist and Communist Rule (Paperback)


Special Order—Subject to Availability
Romania allied itself with the Nazis in the Second World War to protect itself from the Soviet Union and to promote its own brand of fascist nationalism. When George Tomaziu, who had spent the 1930s preparing for a career as an artist, was invited to spy for Britain, he agreed because Britain then represented the only possible bulwark against Nazism. He went on to monitor German troop movements through Romania towards the Russian front, observing, on one occasion, the mass-killing of Jews in the small Ukrainian town of Brailov. He knew he might be arrested, tortured and killed by Romania's rightwing regime but thought that if he survived, his contribution to the war effort would be recognised. It wasn't. After Romania turned Communist, he was sent back to prison in 1950 and kept him there for 13 years. Following his release, the British helped him get out of Romania and he settled in Paris. This is his memoir.
George Tomaziu was the godson of Romania's most celebrated composer and musician, Georges Enescu, who was married to Princess Cantacuzino and lived in a palace. Nothing in his early life suggested the toughness needed to withstand abuse. On the contrary, his artistic spirit expressed itself in a voracious bi-sexuality and hunger for pleasure. At one point during the war, he was artistic director of the Odessa Opera; a year later, he was in Romania's most notorious prison. He died in 1990.