Ngirramanujuwal: The Art and Country of Jimmy Pike (Hardcover) 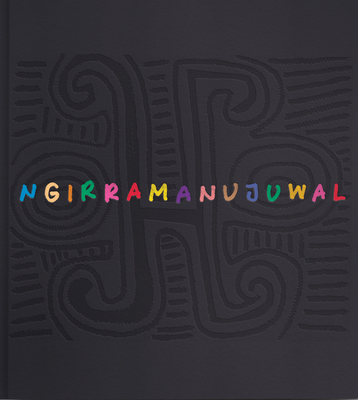 Ngirramanujuwal: The Art and Country of Jimmy Pike (Hardcover)


Special Order—Subject to Availability
Ngirramanujuwal is one who adds colour. It manifests as the first strokes of ink on paper, the saturated colours of the desert sky at dusk, or through the glimmers of the sun on the water’s surface. Walmajarri man Jimmy Pike (c. 1940–2002) was an internationally renowned artist from the Great Sandy Desert in Australia’s north-west. His vivid colour and exceptional drawing, painting, and printing skills reveal the desert as a place teaming with colour, life, history, and stories. Ngirramanujuwal: The Art and Country of Jimmy Pike presents a specially curated selection of works from the Australian Institute of Aboriginal and Torres Strait Islanders Studies’ Jimmy Pike collection. It invites the reader to journey through the Great Sandy Desert, experiencing the Walmajarri seasons—makurra, parranga, yitilal, and jurtalkarra—as revealed through Pike’s art and intimate relationship with Country.
Pat Lowe migrated to Australia in 1972, she gained a Master's degree from the University of Western Australia, worked as a clinical psychologist at Fremantle Prison, and moved to the Kimberley region in 1979. In 1986 Lowe joined Jimmy Pike in the Great Sandy Desert and during the next three years, they hunted and explored much of the country Pike knew as a boy. Lowe and Pike later lived in Broome where they collaborated on several books. Pat Lowe has written many books including Two Sisters: Ngarta and Jukuna (2004), about Jimmy Pike's nieces. Since its founding in 1964, the Australian Institute of Aboriginal and Torres Strait Islander Studies has developed and cared for the most contextualised collection of Aboriginal and Torres Strait Islander materials in the world. As custodian of these materials, AIATSIS documents the cultural practices, expressions, histories, lives, and experiences of Australia’s First Nations peoples. Through our collections, research, education, and publications, we tell the stories of Aboriginal and Torres Strait Islander peoples and create opportunities for all to encounter, engage, and be transformed.