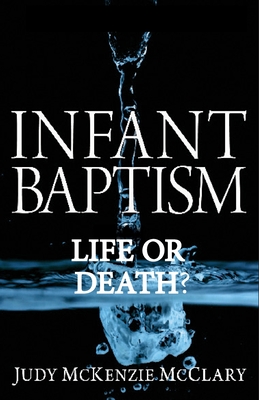 
Not On Our Shelves—Ships in 1-5 Days
(This book cannot be returned.)
As a layperson, I cannot claim the encouragement and support of theologians and ministers and others who make their living through teaching the legacy of Martin Luther and, certainly, no support has come from the Roman Catholic hierarchy as I have researched this book. Yet I would hope they are all lovers of the truth and will welcome the research and knowledge I have put into this book.My inability to accept the fairytale known as infant baptism has led me to question the logic of whole denominations that blindly teach their members they are saved and going to heaven because they were baptized by ministers and parents when they were infants. My previous book The Secret About Infant Baptism That Everyone's Missing deals with the lack of theological proof of infant baptism and traces the origins of infant baptism to the goddess religions. These same churches that are teetering on apostasy today have apostasy in their past. In this book, I examine the Roman Catholic church and the Protestant churches that teach an infant baptism and the destruction this has brought on the Christians and Jews who refused to be baptized into their churches, believing infant baptism to be heresy. Few know that most martyrs of the church since the middle of the fourth century were murdered by the infant baptism churches because they would not practice infant baptism.