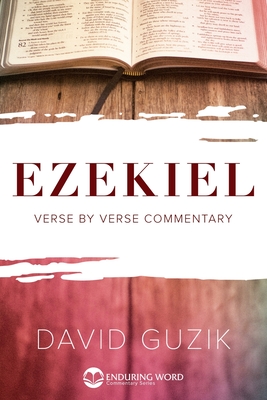 The Prophet in Exile

Ezekiel's ministry as a prophet began when the Kingdom of Judah was ready to be conquered by a mighty empire. Eventually he was among the Jewish exiles carried away to Babylon, living far from the Promised Land. God spoke powerfully through Ezekiel, words of truth, challenge, and encouragement - and those words of God speak today, to all who will listen.

David Guzik is widely known for his popular online, verse by verse commentary on the entire Bible, used by many thousands of pastors, teachers, and everyday Christians worldwide.