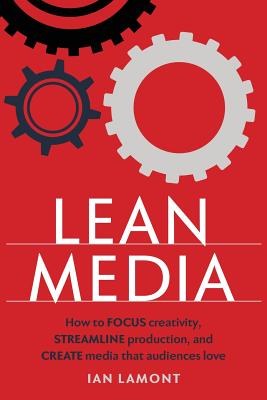 Most new media is destined to fail. Whether it's a song, film, website, book, video game, advertisement, or other type of media production, it's extremely difficult to create works that resonate with audiences.

Lean Media can give creators and media companies an edge. The framework has worked for some of the biggest media brands and most well-known artists, as well as smaller teams and media ventures. It draws on the same "lean" approaches adopted by manufacturing and tech startups, but is optimized for the unique needs and production methods used in the media industry.

In LEAN MEDIA, author Ian Lamont shows how the framework can streamline processes, lower costs, reduce the risk of failure, and ultimately create media that matters. Packed with examples as diverse as The Simpsons, Led Zeppelin, Minecraft, The Financial Times, and more, LEAN MEDIA outlines the framework for producing high-quality media on time and on budget.

If you create media, the Lean Media framework provides the tools and know-how to develop media that clicks with audiences. Whether you work on a large team or are a solo creator, the framework can help you iteratively develop great media, informed by audience input and with a minimum of bureaucratic overhead.

If you run a media business, Lean Media can help you optimize teams, streamline decision-making, and increase audience engagement. Lean Media can also inform creative and business leaders about how to pivot a media project in a new direction or alternate format, or when to abandon projects that simply aren't working out.

All kinds of media professionals can leverage the framework, including:

John Maeda, Head of Computational Design & Inclusion at Automattic and author of Laws of Simplicity, has hailed the timeliness of Lean Media. "Lamont has successfully taken concepts from the Lean Startup movement and applied them to media production projects," Maeda says. "No longer can there be the 'one visionary way' -- instead, there needs to be humility (know your customer) and incrementalism (test often) as the keys to creative outcomes."